August 07, 2019
If you're asking yourself how you could invest like Warren Buffett, you're probably on the right track. Tens of thousands of people flock to Omaha, Nebraska during the Berkshire Hathaway annual shareholders meeting to listen and learn from one of the most inspiring investors of our time. They call it the Woodstock of Capital.

Copying Buffett definitely not the most stupid thing you could do as an investor. Nonetheless, one could posit, that the question "how to invest like Warren Buffett" is missing an important distinction. If you are aiming to copy Buffett, you need to ask yourself which Buffett you wish to copy.

The investor Warren Buffett has without a doubt evolved during his career. You could look at Buffett and proclaim that this evolution has come due to him becoming more experienced and knowledgeable as an investor. That may well be true, but a more plausible explanation is that Buffett needed to adjust his investment style as the investing resources at his disposal grew bigger. In investing, you see, your universe of investment opportunities contracts as you grow bigger in size.

Buffets investment returns have gotten lower with time. This does not mean that he has performed worse as an investor, he just had a smaller set of opportunities to choose from. And since you, in all likelihood, are not suffering from the investment drag of managing billions of dollars of assets, there is no point in following Buffett into investments, that he is - to some extent - forced to invest in.

What you could do is look at what Buffett did early on in his career, when he could invest almost anywhere.

Early on in his career, Warren Buffett worked for his mentor, Benjamin Graham at his investment firm. Graham, who is known as the founding father of Value Investing, Graham's company invested in so-called Net-Nets, which are stock of companies whose market capitalization is less than the value of the company's net current assets. As such, the shareholders could, at least theoretically, shut down the company, sell off its assets and earn a profit on the difference. Even though they might have to sell non-current assets at distressed valuations, the market price of these companies was so low, that it was lower than the value of the assets the company could easily convert to cash (current assets).

Sharing a desk with Buffett, was another young investor called Walter Schloss. Just like Buffett, Walter Schloss would become a very successful investor. Although both of them earned their reputation by investing in deep value stocks, their styles were distinctly different.

Schloss would hold a very diversified portfolio, with at most times, over 100 positions. He only invested in deep value stocks and kept doing so, throughout his career. He was a deep value crocodile - no evolution needed.

Buffett, on the other hand, had a totally different style. First of all, he kept a very concentrated portfolio at most times. The second aspect was even more significant. You see, the common perception is that Buffett made his mark by being a value investor. The perception is that he simply bought low and sold high, easy as pie. It's not quite that simple actually.

People more knowledge with his career, know that Buffett evaluated his investment opportunities through combinations and permutations. Buffett knew that once he would invest in a stock, what would follow would not be a singular outcome, but rather branch out into several alternate universes.

Once Buffett would invest the following outcomes would be possible:
Buffett's solution to this problem was to focus on companies with extremely small market capitalizations. He would also focus on companies that had diversified shareholder base. In the event that the share price would languish or drop further, Buffett would be able to pick up more shares and increase his position.

In an adverse scenario, Buffett's size would grow until he would eventually be one of the biggest shareholders. This would allow him to become active on a board level and force management to take the necessary action and realize value by selling assets (remember, these were deep value stocks).

Popular posts from this blog 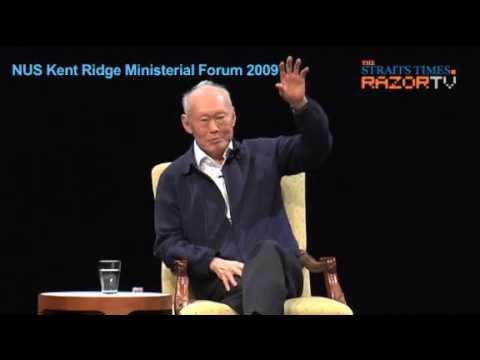 Lee Kuan Yew, often referred to with his initials LKY, was the first prime minister of Singapore. Lee Kuan Yew served as prime minister from 1959 to 1990, making him the longest-serving PM in history. LKY’s Contribution to Singapore’s Economic Rise At the time Singapore was obtaining its separation from Malaysia on 9th August 1965, the city-state was a very small nation faced by problems such as housing shortages, unemployment, insufficient natural resources, most notably land and petroleum. For a country to proceed with this fast development, an able leader is very relevant.

Under the leadership of Lee Kuan Yew, her founding prime minister who ruled the nation for four decades, the country was able to shift its economic status from a third-world to a first-world nation.


One of the factors which were critical in Singapore’s success is efficient administration. LKY’s rule was authoritarian. He had a firm grip of power and even amidst criticism. This brought economical orderliness in S…
Read more